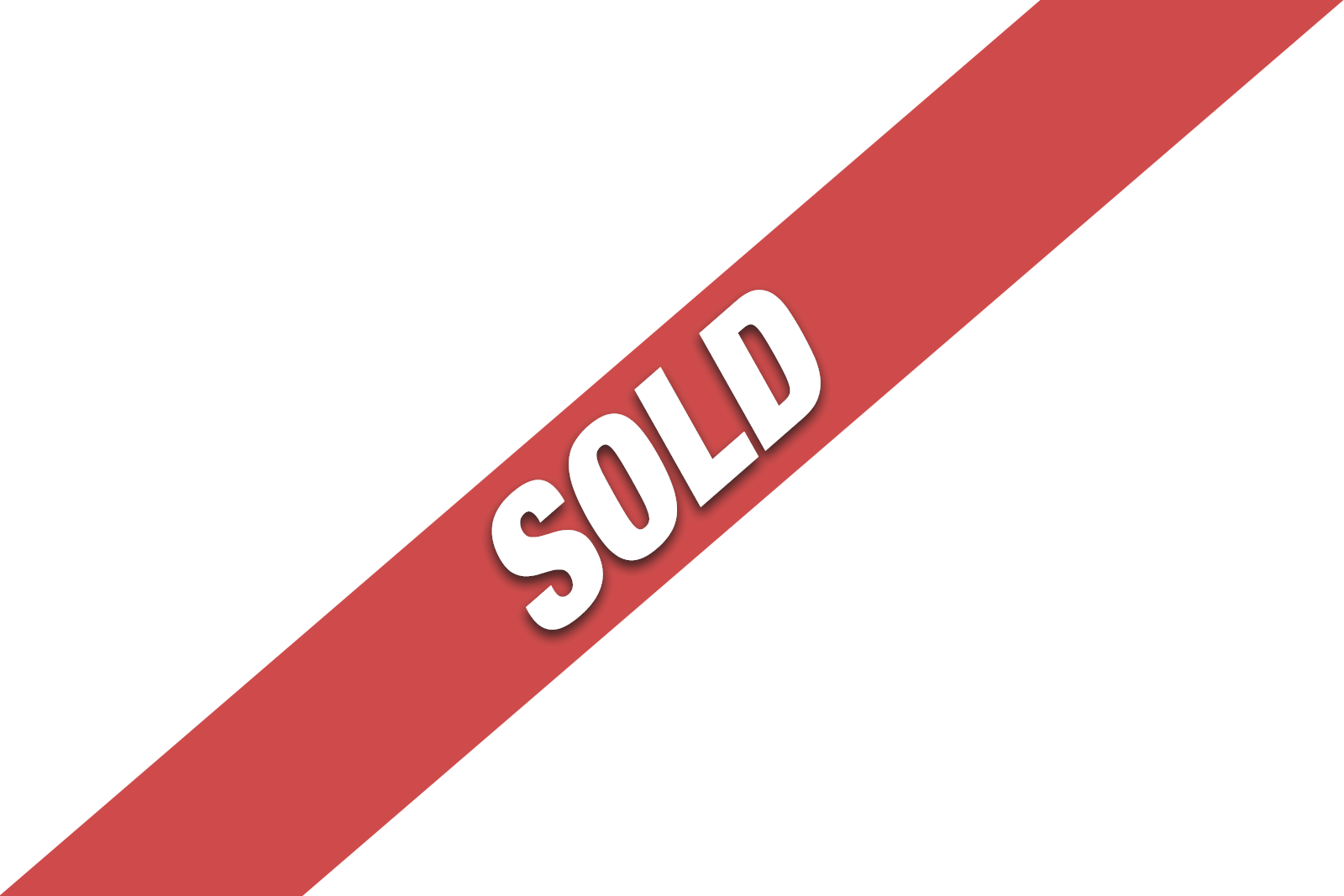 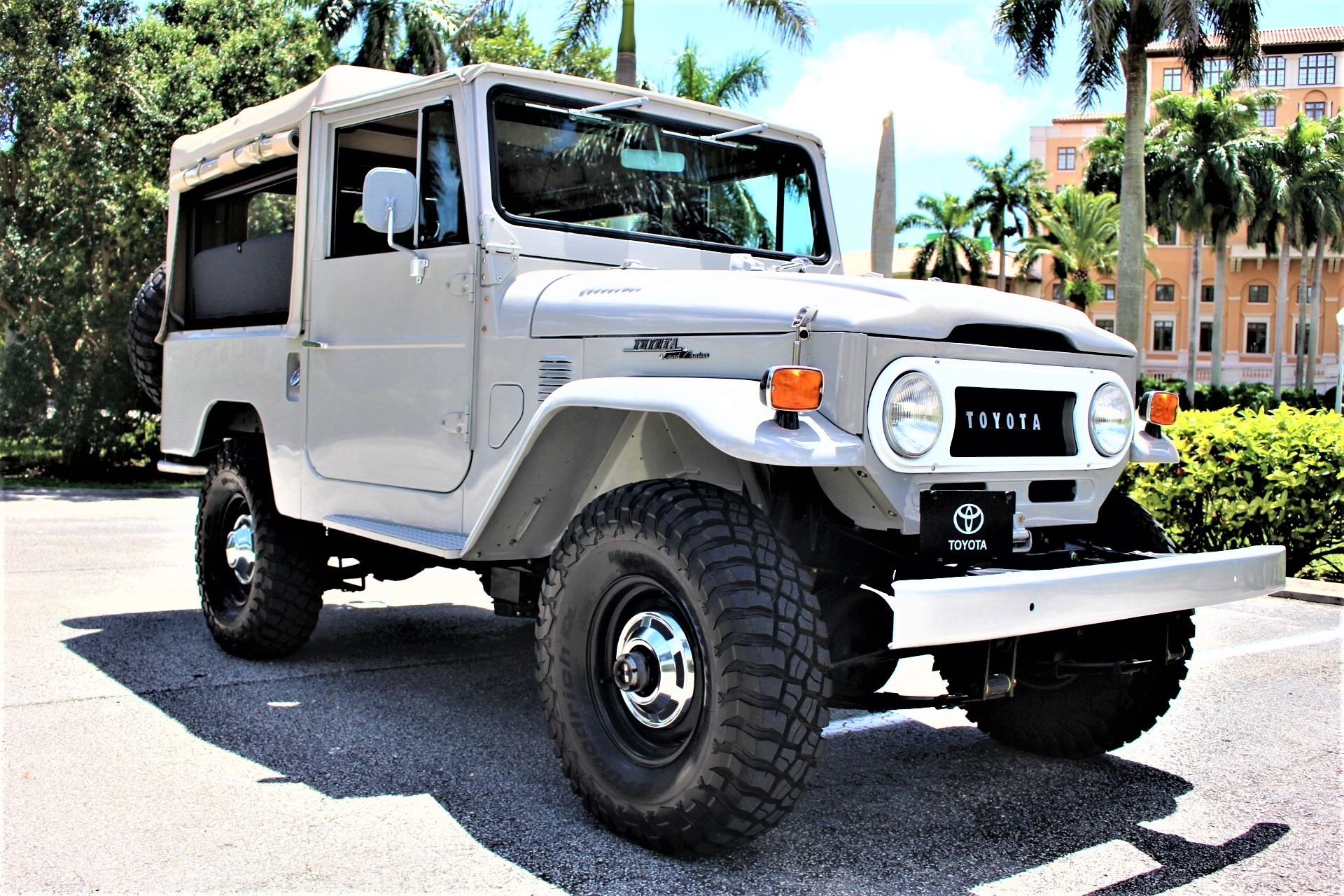 Save
Remove
Send To Phone
+1 Send To Mobile

Share
Call Us: (305) 567-1182
photos Get E-Price
Description
Gables Sports Cars is proud to present Toyota Land Cruiser FJ43. The One of the best restoration sample out in the market.
This Toyota Land Cruiser FJ43 is a variant of the 40 Series. With a slightly longer wheel-base than the FJ40, the FJ43 was produced for a limited number of markets around the world until 1984. Because of its more limited production and larger cabin configuration, it became closely followed by collectors and enthusiasts alike. This 1973 is a professionally full frame off restored sample that have reached some of the highest price points in the entire Land Cruiser market and prospective buyers should be mindful of the wide-ranging quality and drivability of this marvelous vehicle.

The engine is the completely rebuilt with 85% new parts Toyota 2F
Over its nearly 20-year production period, the original F engine saw many improvements. It seemed to only to get better over time. Yet, it was also morphing into something else the larger and more powerful 2F.
The 2F engine was first installed on the newly developed FJ56V and other models followed. This was an engine that would give Toyotas larger 44s a much-needed boost in horsepower, and it arrived just in time to power up the FJ45 trophy, which debuted in Australia in the mid-seventies.
Look closely at this engine and youll notice that the steel fan of the original F engine has been replaced with a plastic fan, but the cast-iron block is still present. However, while the 2F engine is bigger than the F, its also more efficient and its parts are more readily available and easy to replace. 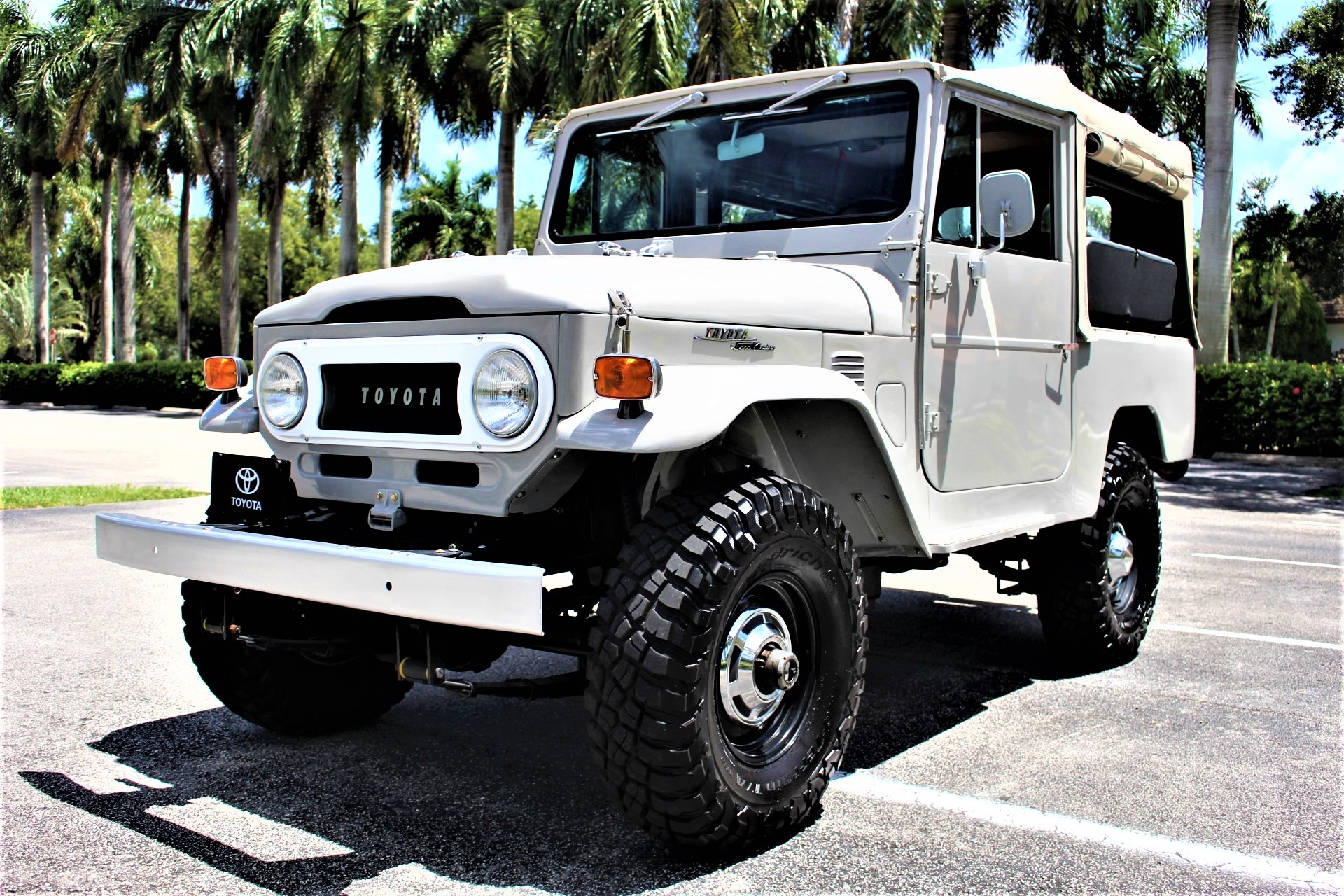 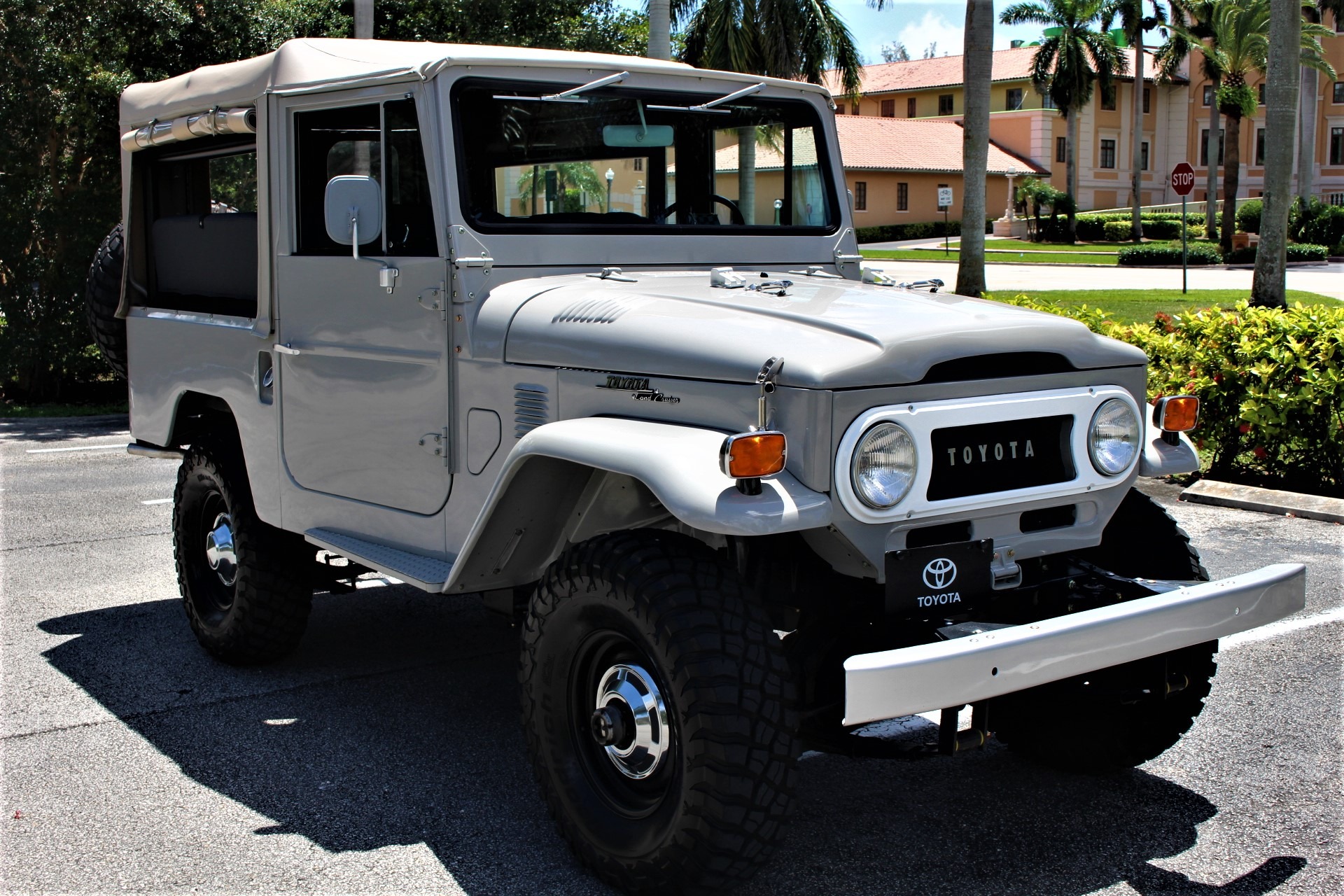 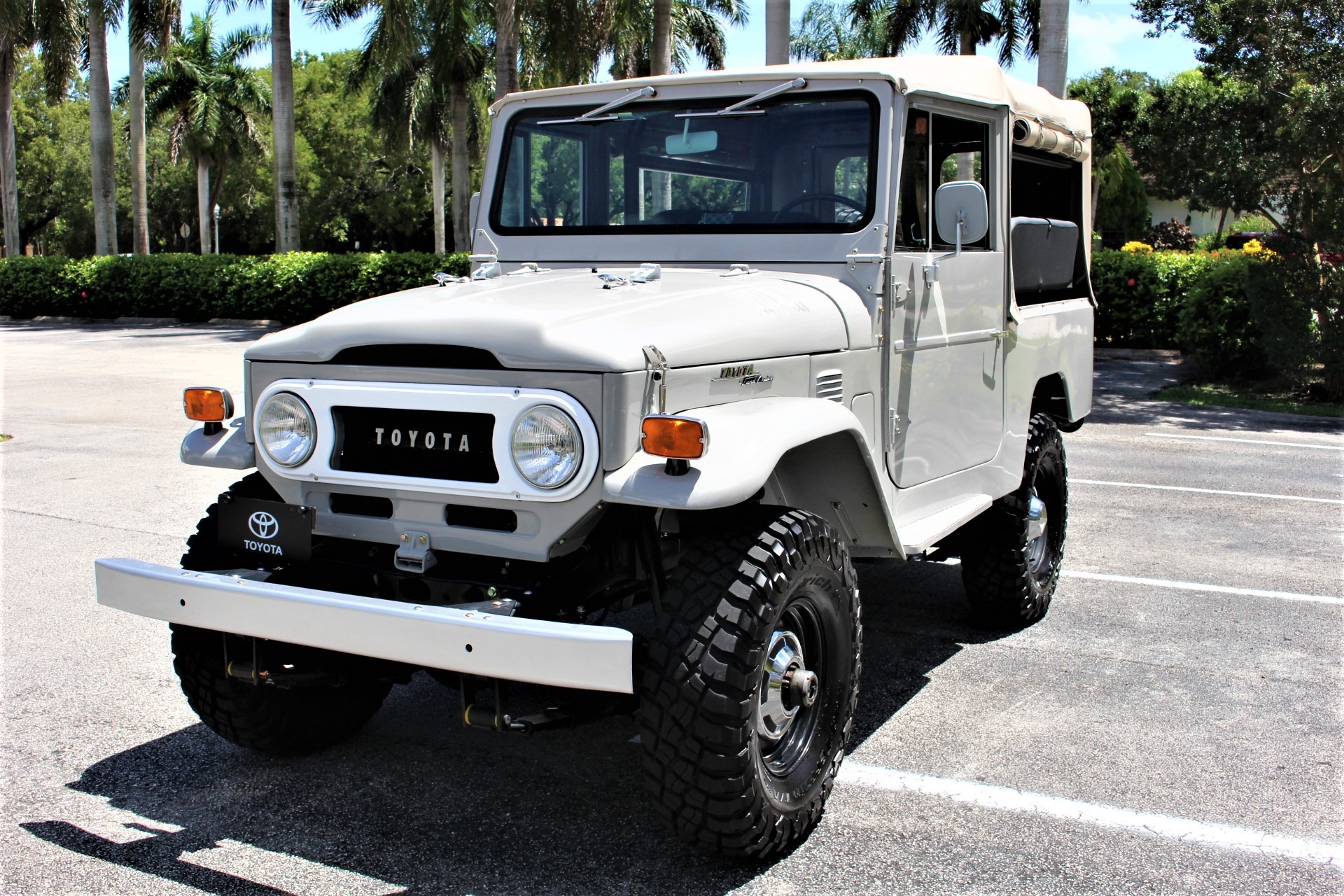